In my free time over the summer, I decided to design a cover and a selection of inside pages for a magazine based around food containing recipes and articles about food. The photographs that I have used have not been taken by myself.

I began by compiling research of existing magazines and analysed some spreads which you can find in my previous blog post.

I started planning out my spreads in my sketchbook by drawing out the layouts and analysing my decisions which can be seen above. 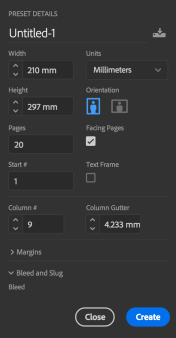 I set up my document and decided to size the magazine as A4 as I believed that this would help to ensure that there would be a reasonable amount of content on each page with the ability to add whitespace to allow the content to breathe. I felt that making the magazine smaller could mean an increase in the thickness of the print. It could be more efficient by reducing materials, saving cost and paper.

I set the grid with 9 columns with a gutter of 4.233mm. Using an odd number of columns would allow for more flexibility in column widths for text and image and helps with using varying sizes. This also allowed different measurements either side for the surrounding whitespace. Therefore, this would create more of a dynamic look on the spread.

As I was designing the magazine to be the October issue of the magazine, I felt that it would be fitting and seasonal to use browns, oranges and yellows. Using a colour scheme throughout created consistency however, I think that it was important to add variation to the pages in order to create elements of surprise as each page could become repetitive and boring. 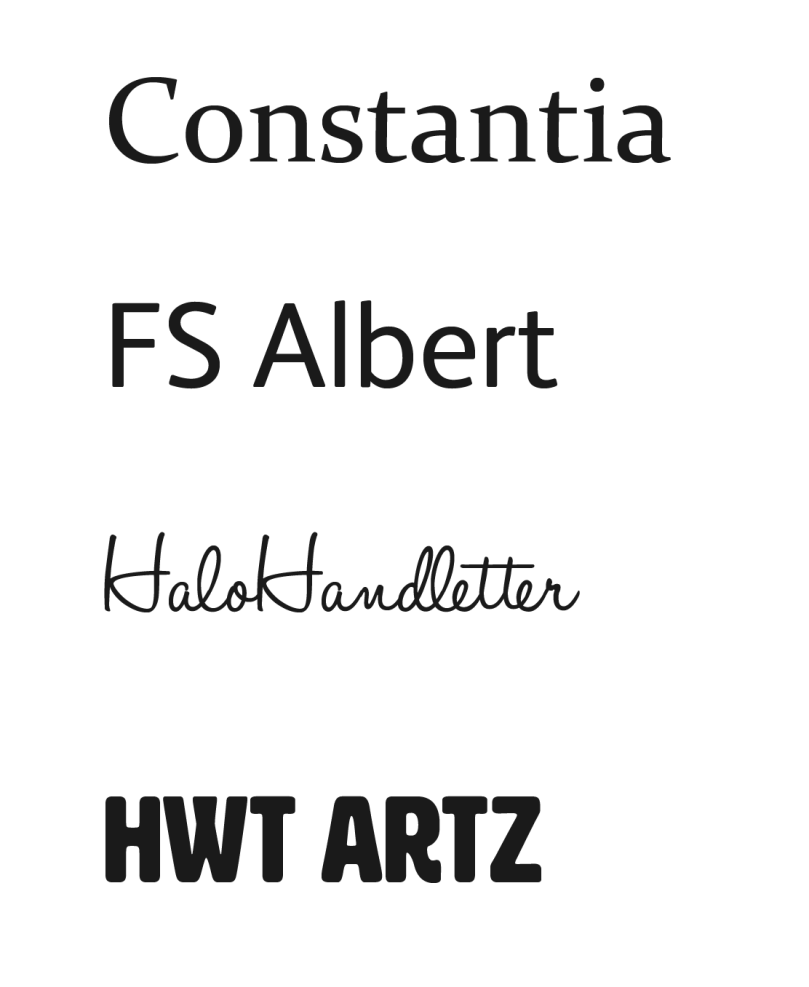 I chose a variety of different typefaces to be used exclusively for certain features of the magazine to act as markers to signify what type of content the reader has arrived at. I set each of my text elements as paragraph styles in order to allow for easy alterations to rules such as body text or headings.

For my body text, I chose Constantia sized at 10pt with a leading of 12pt. I picked a serif font for the body when displaying an article as many believe serif fonts to be more readable at smaller sizes. Traditionally, newspapers and other forms of print would use serifs which have therefore carried forward an association of higher prestige and status. When delivering an article, this could therefore come across as more trustworthy to the reading and subsequently might be more likely to encourage interaction.

I decided to use a sans serif typeface FS Albert when showcasing recipes as using sans serif could possibly allow the recipes to come across as more modern and the sort of recipes displayed come across as contemporary that encourage a relaxed approach and are based around having fun. By creating this distinction, it forms a marker for the reader to easily identify the content.

Headings for recipes follow the sans serif style and are bold and fun to reflect an outgoing and confident persona. The rounded edges to the type create associations of friendliness and comfort which could help to build trust and rapport with the reader. Within the type setting on the recipe headings, I decided to individually kern the letters as some letters seemed very close together. In the instances where there were 2 straight edges next to each other, more space needed to be added in comparison to a straight and curved letter which would need less spacing as curved letters naturally create more space between. This comparison can be seen below.

For article headings, I chose Constantia and HaloHandletter in order to again distinguish between recipes and articles. I felt that adding a combination added more personality and the handwritten type created a homemade and relaxed feel which could help to encourage the reader to connect with the author. The use of colour on the handwritten elements was chosen to match the colour palette of the photograph on the spread to create visual cohesion and balance.

Within the magazine, there are repeated components in order to create a recognisable style and to tie content together to feel professional and thoughtfully considered.

One key feature which is added throughout frequently, is the use of the thin rectangles used as framing on top of images or overlapped to create depth and dimension. Using this was able to add an element of detail to give a higher quality and delicate touch. It is able to add a subtle burst of colour and can be paired with colours within the photography to greater enhance the colour scheme.

Below are the final layouts for the magazine front and back cover and inside spreads: 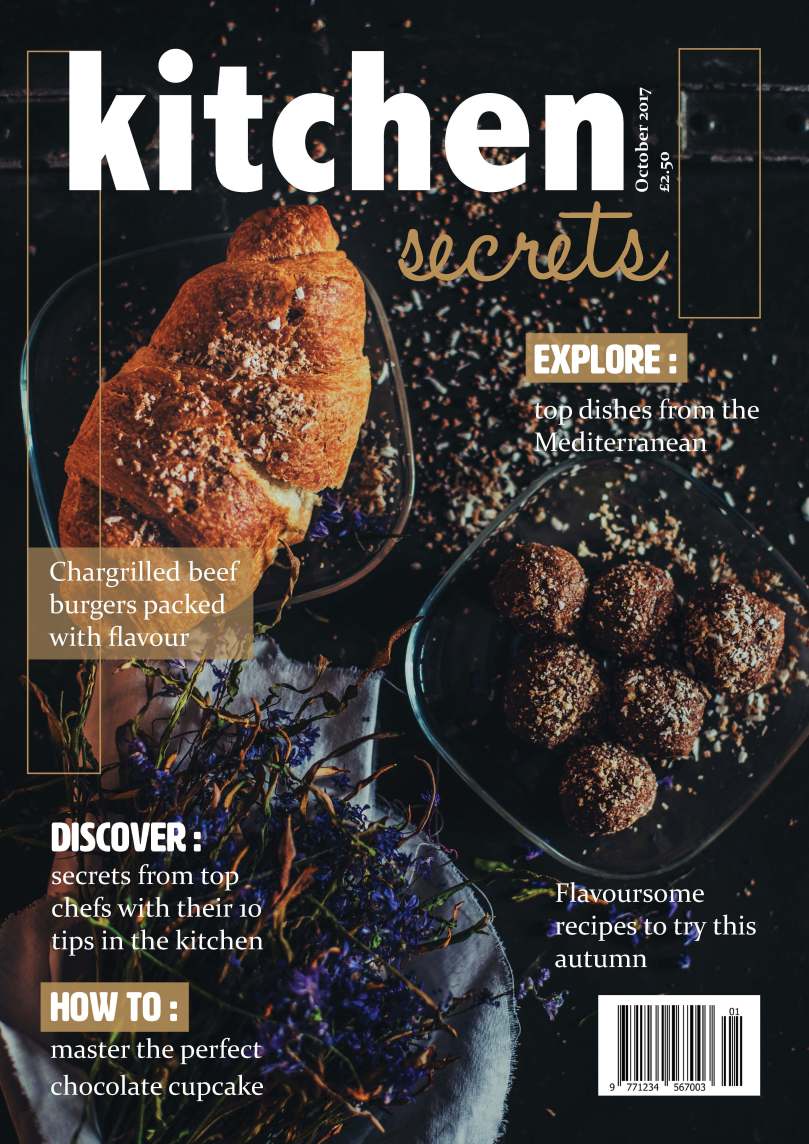 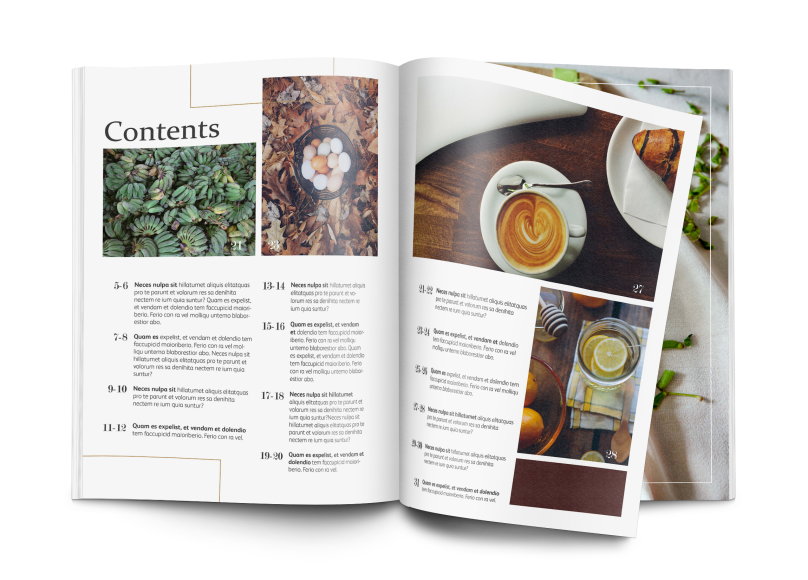 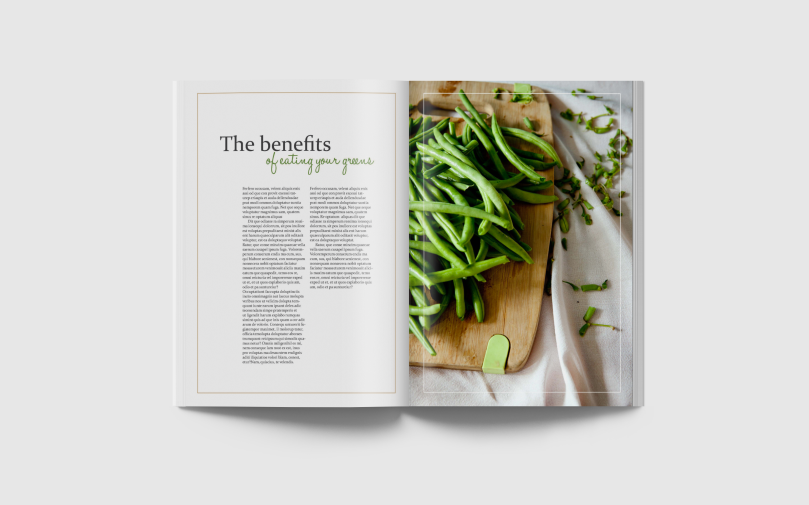 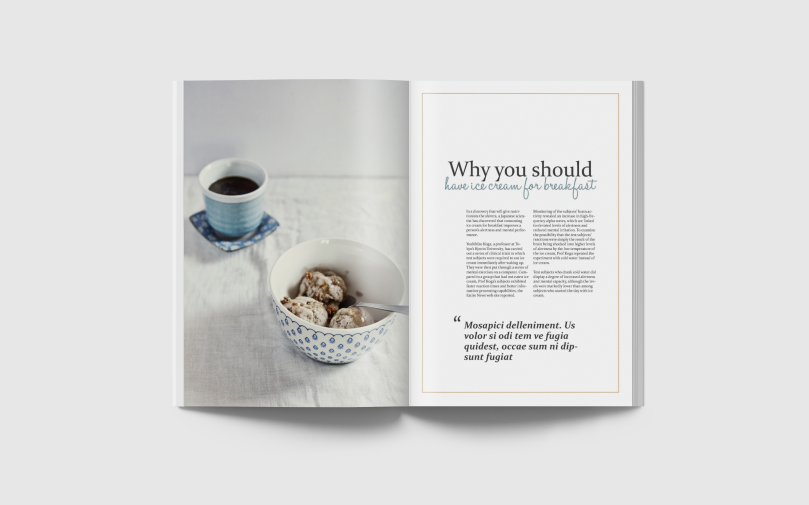